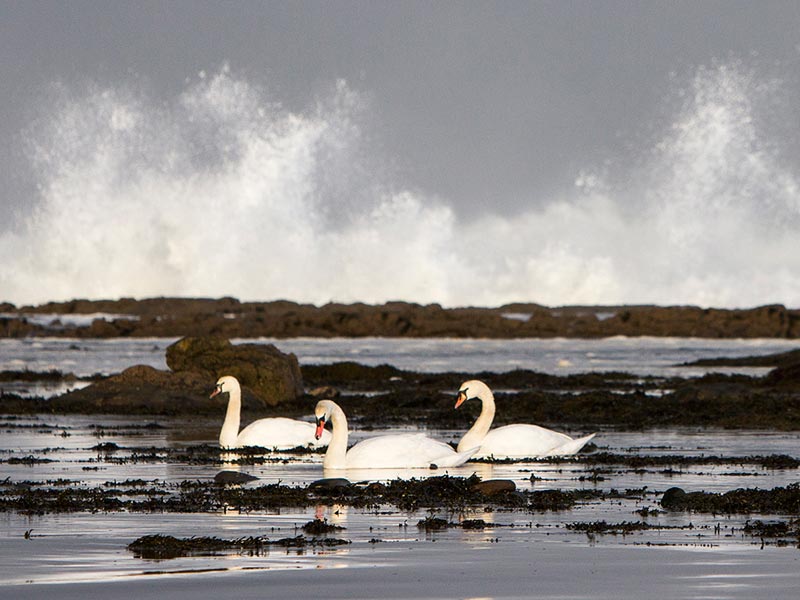 No matter the season, Doonbeg’s diverse river and coastal habitats attract a wide variety of indigenous and migratory birds.
The Doonbeg River flows through the Village, to a wide bay and then joins the sea, providing suitable feeding ground for many wading birds and duck species. However, the surrounding area is so diverse – open water, Lake Shore, fen-raised bog, wet meadow, willow scrub – that a wide range of migratory birds are in temporary residence throughout all seasons of the year.

West Clare, on the Wild Atlantic Way, is one of the best places in Ireland for wildlife. Doonbeg is one of the best places in West Clare for wildlife. With habitats from rare raised bogs to spectacular sand dunes, there is a wide range of flora and fauna to be found in the Doonbeg area. There are a number of Special Protection Areas and Special Areas of Conservation designated for the protection of wildlife and habitats in the area, marking these out as some of the most important sites in all of Europe.

The following is just a selection of some of the natural wonders that one can find in Doonbeg. We welcome everyone to come and enjoy the nature of Doonbeg, but expect that the wildlife and habitats are given the respect they deserve. Please do not disturb birds or animals, especially during the breeding season and please leave the countryside as you found it. The actions of people have a big bearing on whether wildlife is able to succeed in an area. 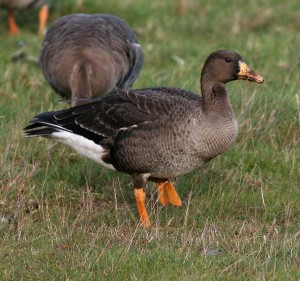 These beautiful geese have an amazing life story. Every winter they travel over some of the most treacherous terrain and most challenging weather in the world, from the far side of Greenland, to Iceland and then to Ireland. These birds have unfortunately been lost from many parts of Ireland, but a small flock still come here to Doonbeg and we are so lucky to have their calls as a soundtrack to our winter, from October to April. The geese are greyish–brown, with an orange bill and legs. Adult birds have the characteristic white front and black barring on the belly, which varies in extent among individuals. The white front is absent at first in juveniles, but develops gradually over the winter. Juvenile birds also have a black nail on the end of the bill. 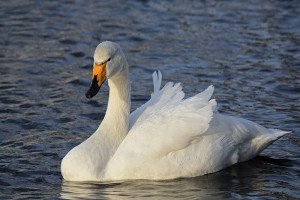 The Whooper Swan, weighing an average of 9-11kg with a wingspan in excess of 2m, is one of Ireland’s largest birds. Like the Greenland White-fronted Goose, the Whooper Swan is one of our very welcome winter visitors, coming from Iceland, where it breeds in the Summer time. Its name comes from a beautiful ‘whooping’ sound it makes, especially when in flight. These magnificent birds can often be seen flying over the village of Doonbeg en route between different feeding and resting places. Like the Greenland White-fronted Goose, the Whooper Swan likes to graze on green grassland fields, which they fuel up on before making the long journey back to Iceland in Spring. It is a joy to watch these large white birds in their family groups and there are a number of places around Doonbeg in which they can be seen. 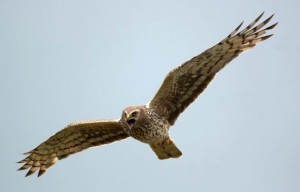 The Hen Harrier is one of Ireland’s most spectacular species of wildlife. The silver male shows off to the females during the breeding season (March – August) with spell-binding acrobatic manoeuvres, plummeting from great heights in a series of somersaults and corkscrews until just metres from the ground, when he will pull on the brakes and rise spectacularly again to the sky and resume what is known as the sky dance! Then when the brown female chooses her mate and they are rearing their young, the parents will pass food to each other in the air – in what is known as the food pass. Mid-air, the female will turn upside down and the male will drop the food to her talons. It is like aerial re-fuelling! Unfortunately the Hen Harrier is now one of Ireland’s rarest and most threatened birds, with very few remaining. Doonbeg is again a good place for Hen Harriers, where they frequent the farmland and bogs. They indicate the health of the overall ecosystem. 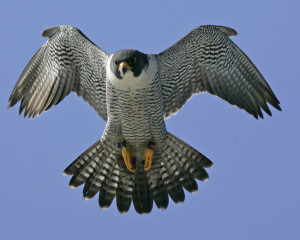 The Peregrine is the fastest moving animal in the world. These birds of prey have been clocked at over 300km/h as they stoop from a height in chase of their prey. Peregrine Falcons became rare in the 20th Century, when chemicals like DDT resulted in a poisoned food chain, which fed into the birds of prey and resulted in poor breeding success. Now thankfully, Ireland once again has a strong population of Peregrine Falcons. The best place to see these birds in Doonbeg is out by the cliffs, where they nest during the summer. Modern fighter jets and formula one cars have built much of their super-fast technology by learning from the natural design of the Peregrine Falcon, but still these amazing birds of prey seem even better equipped in many ways. 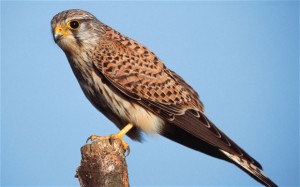 The Kestrel’s name in Irish (An Pocaire Gaoithe) describes wonderfully how this charismatic falcon hovers in the air, beating its wings, while looking down to the ground for prey. Kestrels have amazing eyesight, with 10x magnification and the ability to see in the Ultra-Voilet spectrum. This allows the Kestrel to see small mammals such as mice or shrews and it drops swiftly to the ground to pick them up. Kestrels can rear their young in old crow nests in trees, in buildings, on cliffs or in special man made boxes. 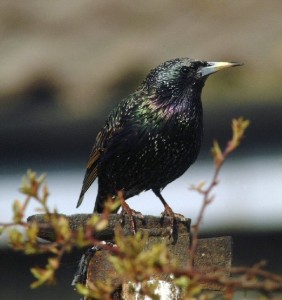 Starlings – a stunning bird when seen up close. The name starling describes the bird well – its plumage to be comprised of little stars! These birds can nest in crevices in houses but as with any protected wildlife should not be disturbed. In the winter, thousands upon thousands of starlings can flock together in what are known as ‘murmurations’ and create one of natures greatest spectacles – moving back and forth in massive flocks across the evening sky just before roost time. Reedbeds near Doonbeg are a good place to see this wonderful spectacle.

Bats are among the most useful of all wildlife species to humans. Bats control millions of midges and moths each night – imagine how bad the midges would be if we didn’t have bats!! They are very beneficial to attics as they control woodlice and one rarely has rats or mice where there are bats. There is absolutely no reason to be afraid of bats. They are completely harmless and are a surprisingly cute animal when seen up close!  Bats find their way through the night sky mainly by echo-location, sending out sonar pulses which rebound back to the bat so that they know what is around them. 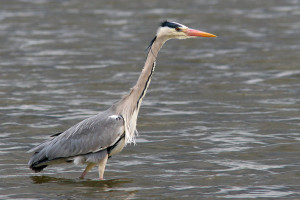 The Grey Heron (known to many as the ‘crane’) can be seen in the bogs and rivers around Doonbeg or on the shore. Herons are relatively large birds, with a wing span in excess of 1.5m. They wait patiently for a frog or fish to pass within striking distance and collect their prey with pin-point accuracy. They are an awesome sight in flight and their call is one of the true calls of the wild. Herons breed and roost high up on trees.

There is something really special about the hare. Built for speed, they can run up to 70km/h and can sharply change direction to outwit predators like the fox. They have reddish brown fur in summer and a grey brown coat in winter. The eyes are large and set in the sides of the head allowing for a wide field of vision which is close to 360 degrees. Female hares are up to 10% heavier than males, weighing up to 3.6kg. Hares are herbivores and their diet is mainly determined by the surrounding habitats. Unlike rabbits, hares do not burrow underground, but use surface dens known as forms. Spring is the most intense breeding period when males gather in groups to spar, kick and chase each other to establish breeding dominance – as mad as a March Hare!